EDFC was the very first of its kind in the industry to enable in-car damping force adjustment.
The introduction of this unprecedented product resulted in a drastic improvement in convenience for adjustable damper users in various situations. Approximately 100,000 units have been sold and the system has been favored by many since its release.
Now,here at TEIN...... 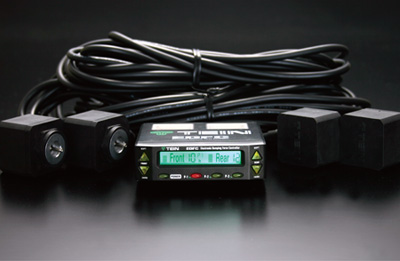 Do you have damping force adjustable shock absorbers on your vehicle?
If yes, do you adjust the damping force often?
Most people probably answer "No" to that question, right?

Of many people who purchase damping force adjustable shock absorbers,
most actually only adjust the damping force soon after the purchase/installation.

It's because of the troublesome process required......

In order to reach and turn that small adjustment knob, you will need to open the hood, remove some surrounding parts/components and/or actually lie down on the ground to put your arms inside the tire housing. Such hassle prevents many people from taking full advantage of damping adjustment feature. 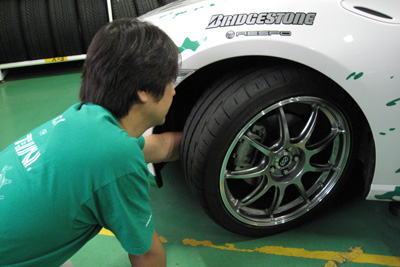 "Can the adjustment process be made simpler?"
"How about the one-button adjustment from the driver's seat, like OE dampers?"
"2 to 3 levels of adjustment with OE suspension is not enough for me......"

EDFC was launched in 2002, to meet such demands!

Its debut was rather sensational.

We have released Type Flex along with EDFC. This brand-new full-length ride height adjustable Type Flex kit, offering a wide damping force adjustment range for various driving styles from streets to circuits, took the automotive industry by storm. EDFC was designed and developed to be fully compatible with Type Flex, to get the most out of Type Flex's performance. 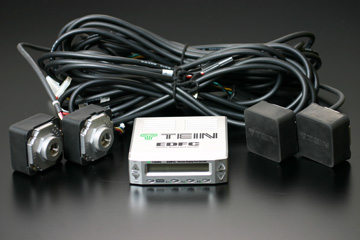 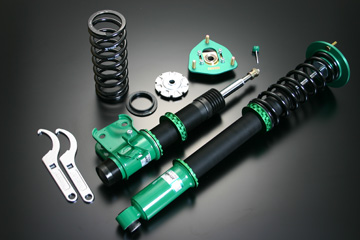 EDFC, in no time, became the most-talked-about product of the performance auto parts industry! This one-of-a-kind product came under the spotlight in many different situations.

"I can switch between the settings for street driving and circuit driving effortlessly!"
"I can easily adjust to make the car more stable when the trunk is loaded with heavy luggage!"
"It's so easy to find the best setting while on the track, without making a pit stop each time!"
"The time required to find the desired setting is much less, as I can feel the change in damping force instantly!"
"Adjustment can be made so quickly, to meet the ever-changing conditions of tires etc while on circuit!"

EDFC was highly and widely acclaimed for its convenient features by drivers of all types; everyday commuters on ordinary streets, track/circuit racers, top D1 Grand Prix drivers, 24 Hours Nürburgring crews and so on. 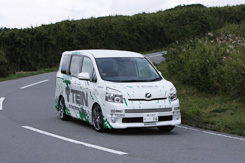 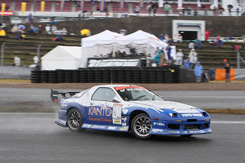 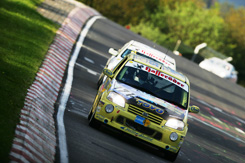 Convenience is not the only thing highly praised for.

EDFC, the first of its kind, is unrivalled by other manufacturers' similar products released afterwards, in terms of performance, features and pricing.

The backbone of EDFC is 4 of high-performance stepping motors. These motors are exclusively designed for EDFC, to enable the instant adjustment at 0.26 seconds per click. Also the size of these motors is minimized, considering the limited space available for installation, while still securing the required torque, 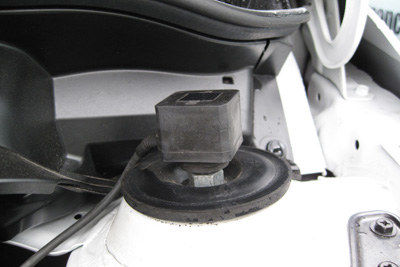 Its remarkably low price, in spite of use of such high-performance stepping motors, came as a real surprise to the industry, enough to shock one of the manufacturers of electronic boost controllers.

Of all things, the most standout feature of EDFC is its compatibility with most of TEIN damper kits. We have added quite a few products after the release of Type Flex. Of those, almost 100% of damping force adjustable damper kits with TEIN upper mounts is EDFC compatible. Now, "EDFC Compatible" is the new standard and one of the main reasons many people choose TEIN over competitors. 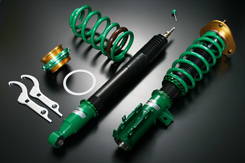 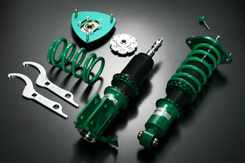 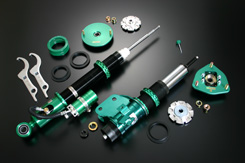 In 2006, EDFC had a major makeover, based on accumulated data and customer feedbacks, including the downsizing of stepping motors. Besides that full-model change, the EDFC controller has been tested and improved repeatedly and continuously, in order to consistently deliver the best possible product there is to our customers. 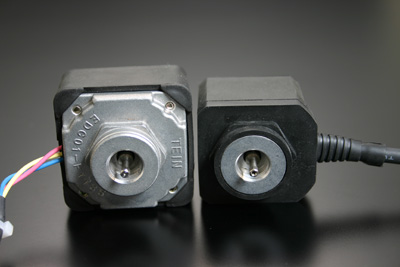 2012 marked the 10th anniversary of EDFC's debut. Based on all the data and customer feedback, gathered and evaluated during this past 10 years, TEIN has started developing the next-generation EDFC. Everything is going well and the details will be revealed in only a matter of months. Full of best available and most advanced features at a reasonable price...... We are about to have you relive the sensational release of EDFC & Type Flex 10 years ago! 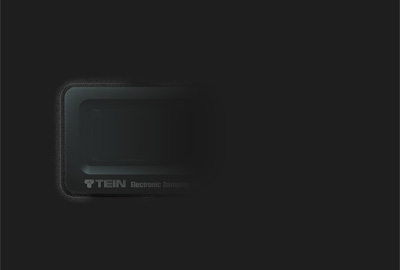